In 1958 Jack and Ede Reisland decided to leave Ohio for the territory of Alaska. They both had graduated from college, Jack with a Master's degree in Geology and Ede with a BA degree in teaching. They were married soon after graduation and were finding it hard to secure work in Ohio. Ede found an ad in a NEA Journal Magazine where the Territory of Alaska was looking for schoolteachers. Jack and Ede packed up their belongings and moved to Alaska. Ede secured a teaching job in a two-teacher school in the coal-mining town of Suntrana. Jack taught school, helped keep the little school clean and operating and worked part time as a geologist for the coal mine. During the summers Jack worked as a seasonal park ranger naturalist at Denali National Park. The town of Suntrana, which no longer exists, was very close to Denali National Park. In 1958, Jack and Ede filed on property on the boundary of Denali National Park through the Homestead Act and secured about 40 acres of land. This property was remote, rugged wilderness.

In the early 1960's with a chain saw and an axe, they cleared some land and built a small cabin on the property. Then Jack purchased an old back hoe and dump truck and built a road back into the land. Every summer they slowly developed the property. By 1966, Jack and Ede had three children, Scott, Krissi, and Amy. Many times during the summer months Jack and Ede's parents would drive up to Alaska and help Jack build cabins, and develop the property. These cabins were seasonally rented to Denali Park Rangers.

Tourism was pretty nominal back then but Jack and Ede saw an opportunity to accommodate visitors who traveled to Alaska in small campers and RV's. In 1966 Jack purchased a 5.4 KW Whittey Electric generator and we now had power!

We opened a small campground in 1968 and went into the tourism business. We were the first private tourism property in the area. As the kids grew older they helped work and operate the property. During the winter months, the Reisland family would move to the Native village of Tanana on the Yukon River, where Jack and Ede taught school.

For sport the whole family was very much into sled dog racing and some years we had over 100 dogs in the dog yard, not counting litters of puppies running around at various stages of growth. We actively hunted and fished to feed our family and the numerous sled dogs. The Reisland dog sled team did well and we have all our trophies spanning from the mid-1960's to the mid-1980's on display in our liquor store in Denali.

Every summer the Reisland family returned to Denali Park, cleared more land, and reinvested back into the property with the construction of more cabins and campsites. This was a long slow development process, spanning decades. Money was never borrowed from a bank to grow the business.

As tourism in Alaska grew, so did Denali Grizzly Bear Resort. In 2006, Denali Grizzly Bear went into the hotel business. We began to remove campsites, move cabins to other locations on the property and built cedar hotel units every few years over the last decade on the bank of the Nenana River. As the family business evolved, it became more of a hotel and cabin property and less of a campground. Private land is extremely scarce in Denali, and the opportunity to build hotel rooms vs. campsites generated much more revenue.

Today Denali Grizzly Bear Resort offers 119 cedar rooms spread over seven separate hotel units, every room with a private balcony and beautiful view of the Nenana River. We are the only hotel property in Denali where you can stand on your deck and see nothing but wilderness, the river, the trees and the mountains. There is not one man-made structure to spoil your view from your hotel river decks. However, a couple times a day you will see the Alaska Railroad go by on the other side of the river.

We have 30 cabins providing a wide variety of accommodation amenities to fit every traveler budget. We have 18 electric & water RV sites and about 20 tent sites. Jack and Ede's children, and some grandchildren also come seasonally and help run the business. Denali Grizzly Bear Resort has had four generations of family members who have helped this property thrive for 48 summer tourist seasons. The majority of accommodation properties in Denali are owned and managed by big corporations.

We are the oldest family owned and operated tourism property in Denali by far, and one of only a handful of family operated accommodation businesses in Denali.

We are very proud of our accommodation property, and what decades of hard work our family has been able to achieve. 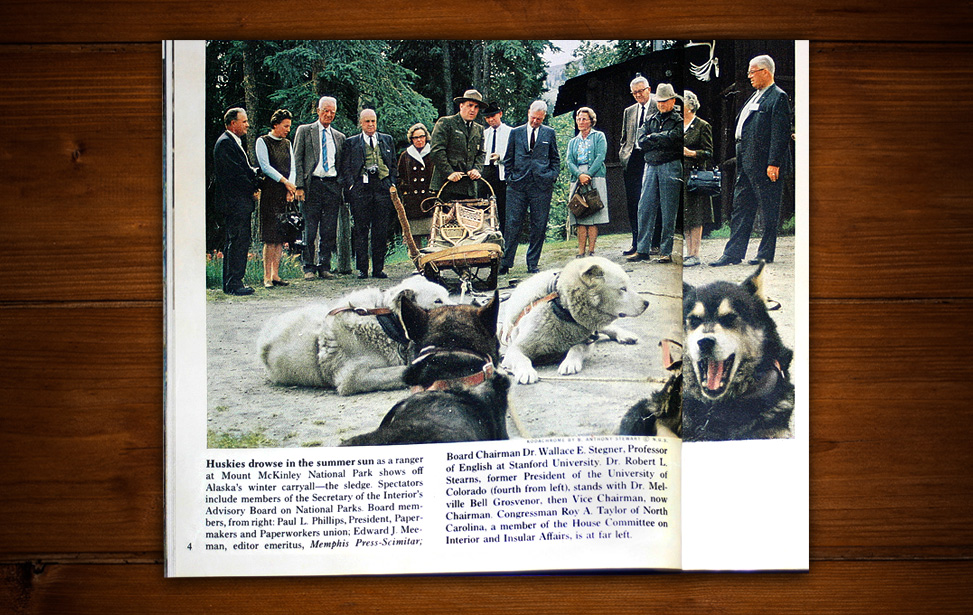 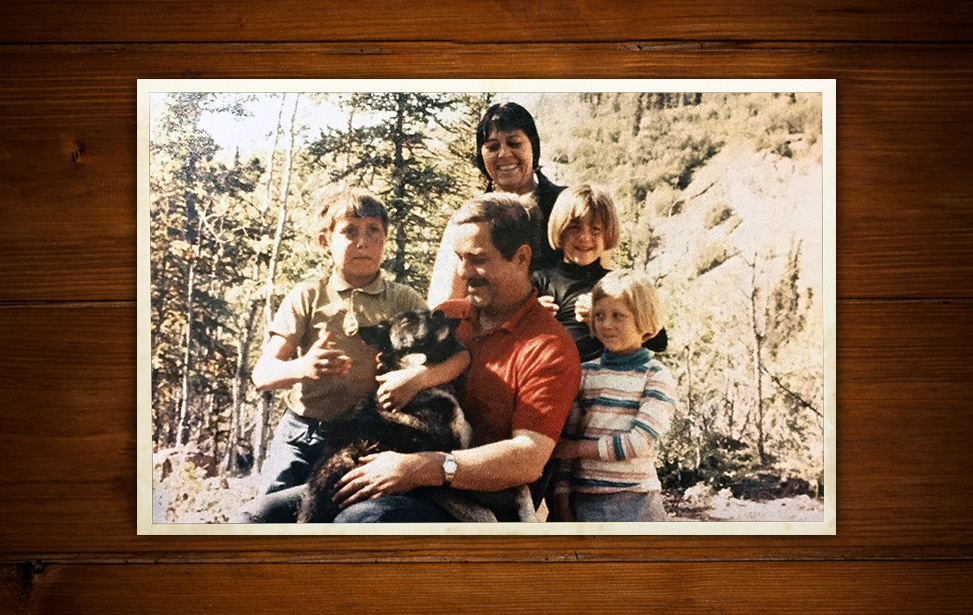 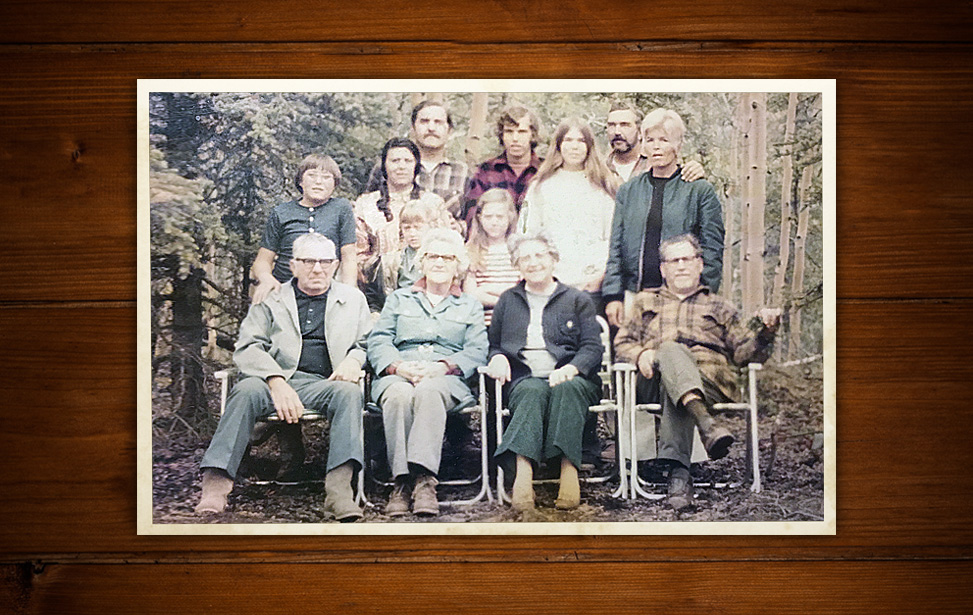 The Reisland Family circa 1971 with Jack, Ede, their parents, Scott, Krissi, Amy and Jack's brother and his family. These photos were all taken on property in Denali. 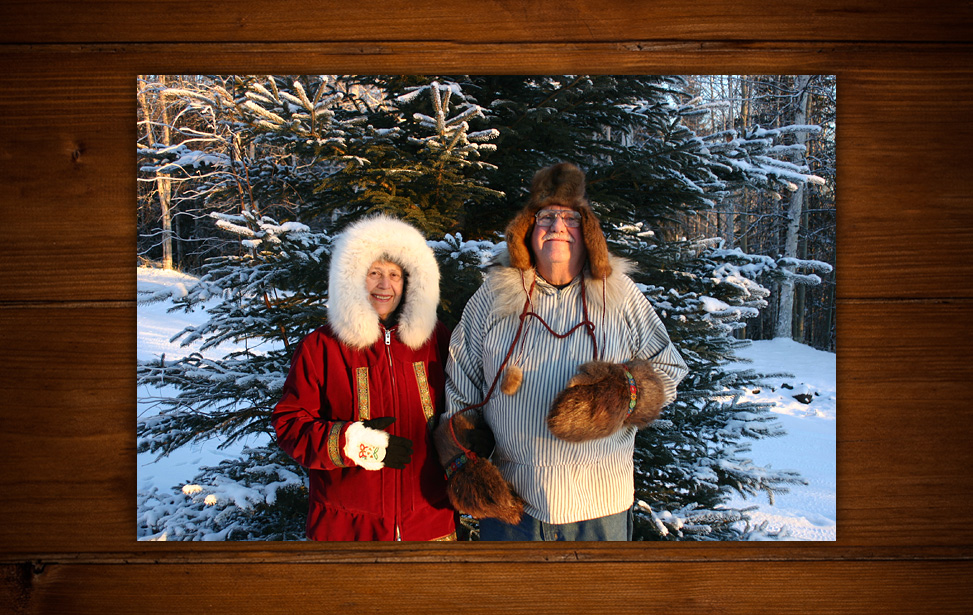 Jack & Ede are both 88 years old and still active and work every summer at Denali Grizzly Bear Resort. No retirement for them! Jack works on daily maintenance, and Ede manages the merchandise orders for bus group continental breakfast, store, liquor store and gift shop. She helps some with the daily accounting and cooks meals for the family.